Boff Whalley brought the brilliantly subversive Commoners Choir to Brierfield Mill for a very special #BannerCulture Sunday. Now this erstwhile stalwart of Chimp Eats Banana and Chumbawamba joins two collaborators in a brand new project for #PendleRadicals. Together they look back to a time of creative ferment around the Pendle Hill area in the lastest #PendleRadicals blog. We can’t wait…

Sick of Being Normal! 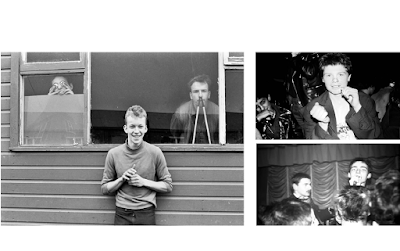 Three of us – myself, Sage and Casey Orr – have spent the last few months talking to various people from all over England whose lives were changed by being part of the punk community in and around the Pendle Hill / East Lancashire area in the late 1970s. We’ve set a date for an exhibition and event in Colne in early February (more details soon) and it looks like the exhibition, publication and various discussions will carry on after the opening, over in That 0282 Place in Burnley Central Library. Here’s the background to the project.

When Sex Pistols burst onto British national TV in 1977, they set off an explosion of ideas that would, within the next three years, create a generation of thinkers, do-ers and makers. Taking the best principles of hippy – do-it-yourself, question authority, find an alternative – and aligning them with the chaotic spirit of 1968’s legacy of cultural, political and social revolution, punk reacted against the austere 1970s that ushered in Thatcher and instead created new and vibrant communities around its music, its literature and its style. Nowhere was this more evident than in the East Lancs/Pendle punk scene, which became a hotbed of invigorating cultural activism through its self-produced fanzines, its bands and its communally-run venues creating a region-wide community of people – many of them not much more than kids – who were able to seize their moment and, in doing so, change their own lives forever. 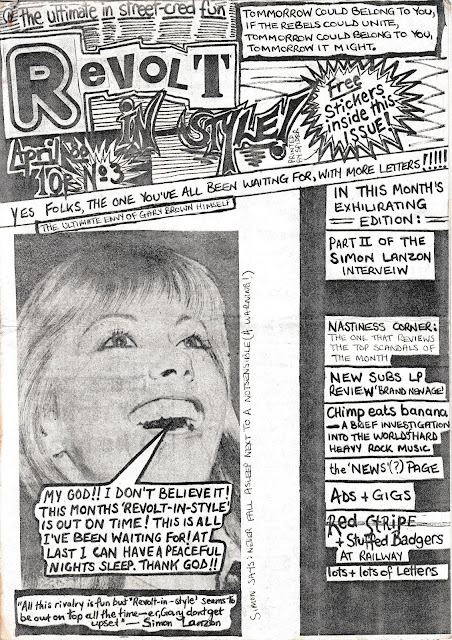 Much of the retrospective literature of punk, written as history by London-centric music journalists, likes to claim that by 1979 punk had burned itself out; what they miss is a nationwide blaze of energy that was ignited from that initial Clash/Pistols spark and took hold in towns and villages across the land. I grew up in Burnley, where as 14 and 15 year-olds we had secondary modern schools, growing unemployment and a second-division football team. Older kids at school played prog rock albums and the youth clubs were run by scout leaders and Methodist groups.

As kids we knew about the hippies and freaks who lived on the old council rubbish tip near Queen’s Park – we loved their huge bonfires and mad carnivals and processions. They were the inspirational Welfare State International, and when they left the town (1978) we turned back to our TV sets, where Granada’s Tony Wilson gave Sex Pistols their first airing. Johnny Rotten’s first words on that September early-evening family show were “Get off your aaaaarrrrsssse!”. In effect, this is exactly what thousands of young people from all over Granadaland did – we created our own world of noise and colour, frank and outspoken, and made things happen. Taking over Welfare State’s vacated building, bands formed and rehearsed. Mid Pennine Arts, with its photocopier and enthusiastic and encouraging staff, became a hub of fanzine-making. Local people went from pub to pub starting up venues, creating gig collectives that shared out performance dates among all the newly-rehearsed bands. As well as Mid Pennine Arts there were various local political groups and Colne’s Youth Theatre that actively supported this outburst of activity, along with the impact of national organisations like Rock Against Racism, that compounded the progressive ideas within this growing subculture.

By 1979 this ad-hoc, disorganised community had established itself not just as part of the local arts community but as a radical and dissenting voice in the region. Front page headlines in the local press were commonplace (MP Slams Obscene Punk Magazine!) and in early 1980, TV presenter Bob Greaves came over from Manchester to make a 30-minute TV documentary about this remarkable regional scene.

Now 40 years on, what is most notable about that time and place – stretching across from Accrington to Colne and from Pendle down to Rossendale – is that so many of the people who were part of that community of modern-day dissenters didn’t disappear into middle-aged anonymity but instead took the core values of punk and applied them to their everyday lives. Core values not of dyed, spiked hair and trousers full of straps and buckles but of fierce individualism, social responsibility, anger at inequality and a willingness to speak out.

Photographer Daniel Meadows, who worked extensively in the area in the mid-1970s, is famous for his work where he revisited the people he photographed decades earlier and let us see how much people had changed.  What ‘Sick Of Being Normal!’ will look at is how the characters in that East Lancs punk episode have changed and learned, how much they use that important time as a yardstick for how they live now, how their lives back then as active, creative, communal kids informs their decisions today.

Some time late last year – 2018 – we found out about Mid-Pennine’s ‘Pendle Radicals’ series, looking at the history of radical ideas in the East Lancs area, from Chartists to Suffragettes to Union organisers. It seemed like the punks of the late 1970s fit into this great history of mavericks and campaigners, both by challenging the cultural norms of the day and by creating a powerful and progressive community that sprang from the people, not from above. Mid Pennine Arts agreed, and invited us to gather ideas, stories and images that celebrate that particular time and place. 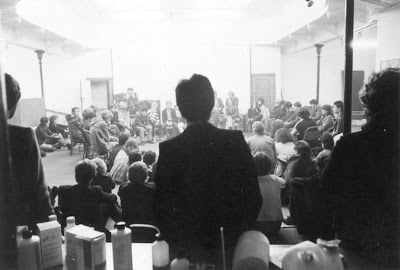 To this end we’re planning a publication and exhibition based on interviews with those characters and illustrated by present-day large-scale photographic portraits set alongside sourced photographs of them from around 1979/80. The photographs will inform the text and vice versa. It won’t just be a record of a particular time, but a way of looking at how that cultural hotspot changed people’s lives forever – looking at what exactly the ex-punks are doing now that is still informed by the local and national events of 1979/80.

We will gather artefacts and memorabilia, fanzines and posters, play the music of the time, show films taken at the time in the area (there’s a lot of fascinating but little-seen footage of bands and audiences at Colne’s Union Hotel and Rossendale’s Deeply Vale Festival). There’ll be a newspaper/fanzine styled publication with an extensive essay (how that gathering of nonconformists fits in with the area’s history of radicalism, from suffragettes, socialists and Clarion Clubs to Welfare State and Theatremobile) alongside the photographic portraits. The paper will be free. We will host a talk on the impact of those years on its local players. The opening of the exhibition will be a night of varied and diverse music and film. We want to echo the unconventional creativity of those times by creating something unexpected, an East Lancs celebration of how culture can change people and in turn how people can change culture.

‘Sick of Being Normal!’ was the name of one of local band Notsensibles’ songs, a song that resonated in this region-wide community of disaffected teenagers. The answer to that cry of nonconformity wasn’t inward-looking nihilism or cynicism but a flowering of creativity and energy. For many of the people involved, that energy never went away, and that’s what this exhibition / publication will explore and celebrate.

Boff Whalley, Casey Orr, Stephen Hartley, November 2019
With thanks to Nick Hunt at MPA and Jamie Cunningham at That 0282 Place

Posted by Pendle Hill Project at 3:16 AM No comments:

Pendle Hill Project
Thanks to money raised by National Lottery players, the Pendle Hill Landscape Partnership has secured £1.8million from the Heritage Lottery Fund (HLF) for its ambitious and exciting four year programme of heritage activity based on and around the iconic hill. The scheme, running from 2018 to 2022, aims to reconnect people with their heritage and the landscape of this special place. The partnership is led by the Forest of Bowland Area of Outstanding Natural Beauty and the National Lottery grant award is the result of three years of consultation and development. Also on board with the scheme are local councils, farmers and landowners, arts and environment organisations, and community groups.